Money, or currency, is the medium of exchange which players use to buy goods and services, such as magic weapons and food. Most common currency is in the form of small coins struck from various metals. All such coins weigh 1 lb per 100 coins, and take up 1 cubic foot of space per 200 lbs (20,000 coins), regardless of the denomination of the coins in question. Copper coins are bigger than gold coins, for example, but they all weigh one one-hundredth of a pound. Astral Diamonds and Fontispieces are far, far more valuable than metal coins.

Astral Diamonds are small clear beautiful crystals that are mined in the Astral Plane and are extremely uniform due to their method of formation. Every Astral Diamond is exactly like every other Astral Diamond. This uniformity makes them excellent currency.

A Fontispiece is a tiny shard of the Nascent Seed. Or maybe a crystallized bit of the True Dark. Or maybe a spark thrown off by the Fount of Reality. Or maybe something else entirely. Regardless of their origin, they are found everywhere, in every dimension and reality, and are remarkably beautiful and durable. They make an ideal currency if you are really, REALLY, rich.

Astral Diamonds and Fontispieces also weigh one one-hundredth of a pound.

The values of the various currencies are multiples of ten, until you reach platinum coins, which are worth one hundred gold each. Astral Diamonds and Fontispieces are each then worth one hundred times as much as the currency below them. An exchange rate chart is included below.

In general, almost all prices are quoted in gold pieces, meaning the currency system is a bullion currency based on the gold standard.

Merchants are Non-Player Characters who will buy treasure items from the Player Characters for money, or will accept money for goods. A Merchant is thus a store, from which the players can buy and sell and convert the 'stuff' they find on their adventures into 'stuff' which they want to use to improve their characters and tell their stories.

Merchants are often, but not always, found in a settlement. The size of the settlement usually determines how many merchants there are there, and how renowned they are. Merchants in bigger cities generally have bigger shops and access to more money and more and better 'stuff' to sell to the players.

Consult the chart and information below to determine how 'good' a merchant is in a particular city.

It is encouraged to make merchants available on a fairly regular basis, to avoid your players being dressed in rags with chests full of loot they cannot spend. 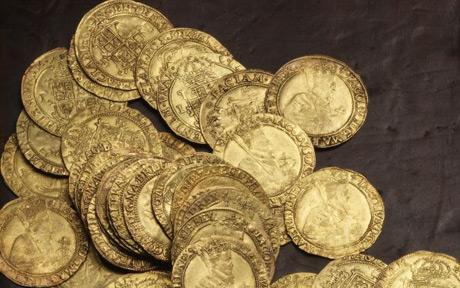 Merchants come in three principal 'types'. Of course, there can be variations and modifications of any of these types, depending upon the GM.

A Thorp is a very small permanent settlement, usually clustered around a road or at the end of a trail. A thorp will have 1-15 houses, often around a single inn/general store. A thorp is too small for community defenses or improvements, so each house is individually fortified in hostile areas.

A hamlet is a small permanent settlement which has its own street, often lined with 2-4 inns and businesses, with houses in a loose cluster around it. Community improvement might be some graveled walkways, light fences, and some ditches, so each house is individually fortified in hostile areas.

A village has one or several cross streets, although they are still dirt. At the various crossroads 2-8 businesses are located, with houses clustered around them. The village is large enough to have several alleyways as well. Community improvements are limited to gravel footpaths and perhaps a cobbled square between the four largest shops. Community defenses consist of organized fences and ditches, although most houses are still fortified in hostile areas.

A small town has a main street and numerous smaller streets, usually very crooked. Alleys are plentiful. Community improvements are numerous but unorganized. The main streets are cobbled, all else are dirt. The small town defenses are a sturdy wooden palisade with a ditch which encloses the town. Some houses are still fortified, but some are not.

A small city has a boulevard with flagstones, many main avenues, many side streets, and numerous alleyways. All areas are improved at least a little, with even the meanest alleys cobbled. The city will have a tall wooden palisade with a moat and stone gatehouses, with more vulnerable approaches with sections of stone wall.

A large city has many boulevards and streets, all of them fully flagged. Side streets and alleys are cobbled. The large city will have a tall stone wall and stone gatehouses. Many houses are still fortified, mostly in the richest sectors of town. A large city has many areas, each with its own character, such as a Noble's Quarter and a Thieves Den.

A metropolis has a vast web of boulevard and streets and alleys, most of them flagged and the remainder cobbled. The metropolis has an outer stone wall and most sections of the city are separated by internal walls that may larger of smaller than the external walls. A metropolis has a myriad of sections, with several noble areas, several slums, etc.

A megalopolis is like unto a nation that is entirely city. Numerous walls divide a metropolis into numerous areas, but signs of civilization will extend for tens of miles in all directions. Subsidiary and ancillary cities and settlements often surround a metropolis.

A Dimensional Nexus is a vast city which is a hub used to trade between an entire plane of existence and another entire plane of existence. It is so large that it could not exist or support itself without the flow of goods and services from an entire reality. It is more than merely a larger Megalopolis, it is a polity that has become its own nigh-legend. Streets paved in gold, soaring walls of dreams and alabaster, palaces of unimaginable splendor and most of all, the gates to other realities, are all features of the Dimensional Nexus.

This number represents the settlement's population. Note that the exact number is flexible; a settlement's actual population can swell on market days or dwindle during winter-this number lists the average population of the settlement. This flux in population size is more evident in smaller settlements, but even very large cities may experience changes. For example, a summer festival may bring thousands of fair-goers, merchants, and schemers to large town or small city, significantly raising the population for a season. On a larger scale, a yearly pilgrimage for a major religion may bring many thousands or even millions of extra people to a megalopolis. Note that this number is generally used for little more than flavor-since actual population totals fluctuate, it's pointless to tether rules to this number.

This section lists the community's base value for available magic items in gp. If you want an item that is more expensive than this number, then your settlement is too small to ever stock it, and you must seek out a larger settlement, or make the item yourself.

A settlement's coffer limit is the maximum amount of money the entire settlement can scrape together to buy things from the players in a single month. Sometimes it may take days to gather all this money in one place (mainly in smaller towns/villages). Townsfolk who spend every loose gold piece like this will probably travel to a bigger town to sell the newly acquired loot at a profit, so they can pay everyone back.

When you go shopping, what are the chances that a magic store in the settlement will have the exact oddball item you want already in-stock? This is the percentage chance you can find the exact item you're looking for somewhere in the settlement, in one or more of the magic shops available. If this roll is failed, then you'll have to have the item made, or go to a different settlement and try again, or simply wait for a new stock of items to arrive. If an item is not available, a new check to determine if the item has become available can be made in 1 week. Note that this check always applies to the settlement! Going from shop to shop, or sending the prettiest party member to check again, doesn't help...unless the GM rules that it does.

This is the approximate number of shops that sell magic items at each settlement type. Note that 90% of the stuff in these shops will be spell components, holy symbols, fake love potions, etc. Only a small portion of the shop deals in the kind of gear an adventurer would seek out. Of course, in a metropolis or other massive population center, there will be whole shops catering specifically to shoppers seeking magic toe rings.

This is the DC of the Barter check made by a player seeking to buy or sell an item to a magic shop. Players may always elect to skip the Barter check, and accept a 50% sell value for their items, or buy items for 100% of the merchant's sale price. Note that this is exactly like failing the check to the maximum extent, so really, rolling is encouraged.

This is the maximum creator level of any makers of magic items in the settlement. This can be used to determine whether anyone in the settlement is capable of making a custom magic item, potion, scroll, etc.... This may be the eccentric wizard in a tall tower, or the gruff blacksmith who also runs the pugilarium, or a one-eyed oldster who fences stolen goods on the side, or any of a myriad of others. GM's are encouraged to make their Makers fun and interesting!

Large permanent settlements usually boast many amenities for their residents. One of the most useful of these amenities is the Library. Please see the Library page for more information.

Sometimes, player characters may feel a need to pass some money around in return for a favor asked, or a favor performed. In such cases, it can be very difficult for a player to guess an amount that would be reasonable to a given NPC. Heavens forbid that the stout warrior tip the gate guard such a small amount that the guard decides to look MUCH more closely at the contents of that wagon the warrior is bringing into town...

Below is a table for suggested bribes, tips, or other reward amounts, commensurate with NPC's in a particular settlement size. The amounts suggested are just a guideline, however, and can vary quite widely, depending on circumstance.

The guidelines assume the favor being asked, or the favor that was received, was fairly exceptional, and included some risk to the person who performed the favor, either in the form of unusual/unexpected physical danger, temporary loss of social reputation, or the need for moral compromise. Favors which are simply part of the person's duties don't necessarily require a tip at all, but would certainly require only a fraction of the suggested amount. Favors which result in lingering consequences (e.g. the barmaid has drawn the attention of the Inquisition) will likely require significantly more than the listed amount. The social station of the person can also influence the amount of a reasonable bribe or tip: very poor people will likely be thrilled with a lesser amount, while a very wealthy person may sneer at your meager offering.

GM's should allow players to make a skill check to get a more accurate suggested amount: