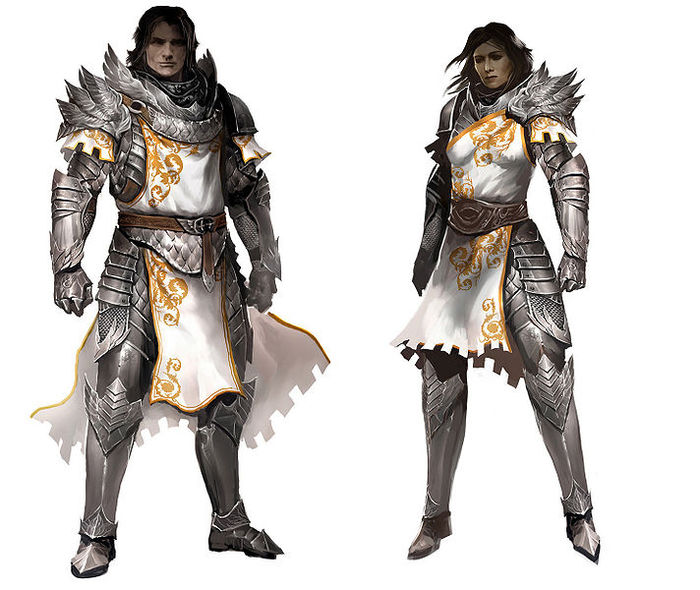 The hands of humanity grasp unceasingly at their own ambition.

Humans are a bit of an odd duck, in that they don't seem to HAVE an origin. Oh, they have origin myths, they have those in crazy abundance. Every human God and religion seems to have a different and usually conflicting version of "How Things Began." But when you look deeply enough into it, the facts support that there have been humans for as long as there have been anybody. Indeed, the oldest records of the Elves and the Dwarves, who each claim to be the First Race, all include passing mentions that when both of those races came to be on the universal stage, humans were already there, living in their little kingdoms and cities, endlessly seething with jealousy and boundless energy, tearing down and abandoning their works as often as they build and preserve.

The wisest of sages and cyphers, when they can admit it, realize that humans are probably the first and oldest race. It's just that humans don't care about that sort of thing in the least, and have dismissed everything older than a few thousand years as worthless.

This is as Human a thing as it is possible to be.

So what is the true origin of Humans? No one knows.

Humans have a lot of different cultures, ranging from death-worshipping monuments to blood and horror all the way to enlightened bastions of peace and hope. Indeed, it's almost like humans deliberately want to try every single possible way you can get along with each other, twice. But the strange thing is, Humans take every one of their multifarious ways with complete seriousness. For humans, their culture, their nation, their tribe, their clan, is Serious Business, and they will fight to the death without blinking their eyes for it, no matter what it might be.

Humans are like that a lot, they throw themselves into every venture, no matter how serious or ridiculous, with a wild-eyed intensity that is vaguely frightening to other races. There is little madcap or silly about human cultures, either, they're all in it for blood, even the fine, upstanding bastions of good.

Human culture also moves at a pace that makes other races a little tired. Humans will build entire cities, vast places stretching to the horizon, in only a year or two, and then when the mood strikes them they will abandon the whole place and leave it to rot without so much as a backwards glance.

Another odd thing about humans is their muted selection of skin and hair tones. Humans all come in various shades of brown, black, white-pink, or brown-pink. Most humans have brown or black hair, and brown, black or blue eyes. True blonde hair is uncommon, and true red hair is quite rare. Yet, despite (or perhaps because of) this limited palette, Humans care more about their skin color than almost any other race, and in keeping with their violent streak and their deadly seriousness in all endeavors, they will hate and kill you for no other reason than they decide they don't like your color scheme.

For other races, dealing with humans can often feel like buying and selling raw meat from a pack of rabid wolves. Profitable, yes, but approach with caution.

Humans generally follow the same universal pattern: Two humans mate, they have children. Human women are quite consumed in childbirth and child-rearing, such that human males are obliged to support them for at least a few years after mating to raise their success rate. It is a fairly conventional system, but like all things human, they have to do it better than everybody. Human women are nearly ALWAYS fertile, and they can give birth to a child once a year, every year. Humans can't quite keep up with Orcs or Goblins when it comes to birthrate, but since humans have much, much more stable societies than those races (not to mention the Spark), the fecundity of humans is impressive to behold.

There are a lot of humans. It's a little frightening when you think about it.

Aside from the basic biology of it, most humans are raised in a fairly conventional two-parent with children family structure. Of course, humans in some of their stranger cultures have tried almost every sort of variation imaginable, but by and large, two parents and kids is the predominant family structure.

A part of this ubiquity is the fact that there are lots and lots of humans. It is easy to miss, because other races tend to be more colorful or visually striking, but humans, with their boring round ears and tiny square teeth and dull, earthy coloration, are by far the most common race. There are more humans than the rest of the races put together. But aside from sheer numbers, humans have a racial energy about them, they are always slightly malcontent with the status quo and are always 'out there' looking to get an edge. Humans compete, it's in their nature.

Human culture is, if anything, even more diverse than Elvish culture. But where Elves fit their appearance to their culture, humans always look pretty much the same. Humans that live in tree cities look just like humans that live in deserts. Every imaginable custom is found somewhere in the human sphere of influence, from the mundane to the utterly bizarre. Body modifications, tattoos, ritual maiming, you name it, it's out there somewhere.

Humans are not long-lived, which is a source of vast rage and disquiet in their hearts. Humans secretly envy elves and dwarves and fey-kin because those races will outlast them, and there is nothing they can do about it. That deep frustration, that their lives just aren't long enough, is one of the most potent drivers of Human ambition.

Humans age in the conventional way, with a childhood, adulthood, middle age and dotage. They are physically mature at fifteen and mentally mature at twenty. They generally have to slow down when they reach seventy and rarely live past ninety. Once they die they practice every sort of burial practice there is, from mummification to cremation, but by far the most common practice is simple burial in the earth, usually with a simple and durable stone marker.

In the greater world, humans are the dull, boring race that serves as the backdrop against which more interesting races stand out. At least, that's what advocates of non-human races like to think. In reality, humans are the dominant race pretty much everywhere they have spread to. This fact is a baffling one. Other races seem more interesting, more powerful, more handsome, smarter, etc, etc. And individually, this is true. But humans have a unique and nigh-undefinable trait that drives them to dominance everywhere they go. This trait expresses itself only in masses of humanity.

Non-humans have often noted that humanity excels at one thing, and that thing is competition. Humans are forever in pursuit of happiness, but it forever seems to be just beyond their grasp. Humans always want more, humans always feel just a bit slighted in their dealings, humans always have room for a niggling grudge. Indeed, humans are well known for their sullen, smoldering discontent, no matter how good they have it.

For example, try to imagine a community of elves going on a mob rampage. Ridiculous, isn't it?

Elves are too civilized for that sort of behavior, and that is the secret core of humanity's success. There is no behavior that is 'beneath' mankind. And that fact, small, mean, and disgraceful, is why humans dominate everywhere. Nobody wants to compete with humanity, because the other non-human races are too noble, too savage, too proud, too mighty, too wise, etc, to descend to the sort of 'win no matter what it takes' sort of behavior that humanity excels at.

It's not pretty, but it's sure effective.

Now, humanity certainly has many admirable traits. They bring civilization wherever they go. They at least try to appear wise and beneficent. Humans are famously adaptable to just about any setting, although that's mainly because the idea that someone else might be getting ahead of them drives humans to distraction.

Humans individually are surprisingly formidable, given how dull and prosaic they are. Humans cannot breathe fire, swim well, or see in the dark. Humans are not the best at anything, a fact which rankles every human ever born, whether they realize it or not. But humans make up for their lack of exceptionalism by being second best at almost everything.

Humans also have tremendous mental and spiritual stamina. Trials and travails that will leave a tiefling community or an elven community a shattered husk drifting toward extinction will spike a massive increase in birthrate among humans. In war, human units will suffer decimating casualties in battle after battle, and not only will they never collapse in despair, the survivors will treat their ill fate as a badge of pride. Plagues, famine, natural disaster, war, all things which will devastate populations of gnomes or dwarves, will leave humans more populous than ever once the hecatomb has been endured.

This racial sense of durability, this collective feeling, often subconscious, that no matter what happens humans will prevail, is a very admirable and valuable trait.

Unless you're another race.

Humans, rightfully, have a reputation as uncomfortable neighbors. They have sharp elbows and no qualms about reaching for everything around them. Other races, such as halflings, find humans nearly unbearable as neighbors unless a formal arrangement can be worked out integrating the non-human enclave into the human society. Such arrangements are surprisingly common, surprisingly well-respected, and surprisingly successful for all involved.

In short, humans don't look like anything special. Except that they're winning.

Which makes them happy. A little.

Human characters have no alignment or class restrictions.

All Humans have the following Standard Racial Advantages: