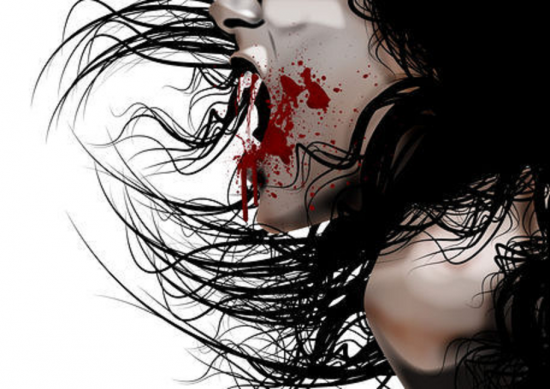 Vampires are one of the great nations of Undeath. Vampires are Emptied Undead, meaning they have been cored out of life. Unlike most of the Emptied, they do not noticeably decay, although during battle their disgusting nature is amply evident in the mess they leave behind. Vampires are the greatest representatives of the Corrupting Undead, those undead who seek the preservation and continuation of life, so that they may corrupt it into ever more Undeath. As a result, the motivations of Vampires are more complex than the Destroying Undead or the Eaters.

Vampires get along well with most other Undead, even though relations often involve the Vampires using their domination abilities or simply persuading the other Undead to be patient. It is not unusual for Vampires to be encountered with powerful Skeletons, Wights, Death Knights, Liches, and other mighty Undead, even including the Lost Ones, who make terrifying allies indeed.

On top of this, Vampires are unique among Undeath in that they create living allies, their Vampiric Thralls. The existence of Vampiric Thralls makes finding a Vampire nest immeasurably more difficult, because Vampire Thralls are alive. Thralls are mortals who admire and envy the Vampires for their abilities, and whom the Vampires have fed their blood to. Vampire Blood can create new Vampires, or, in lesser doses, a living human becomes addicted to it, as if it were strong drink, or some horrifyingly strong opiate.

Vampire thralls are the first rank of Vampire culture, the eternally obedient and awfully empowered servants whom the Vampires use to interact with the daytime world. But to a Vampire, the faithful Thralls are just servants and fighters, meat to be sacrificed and used up as required. No, most Vampires are far more occupied with the byzantine machinations of Vampiric Society, a dark carousel of midnight parties and dalliances in dark corners, plots and plans and schemes all woven together into a fascinating skein complex enough to keep even an immortal monster entertained.

Vampire Strigoi are the least of the mature vampires, the ones that can claim the mantle of the great old monster with some credence. That said, Strigoi can be newly created by a mighty enough Sire or Dam, but they are generally Bruxa's that have played at the Dark Dalliance for a century or so and have gained allies and enemies among their fellow vampires. Strigoi are more ridden by The Hunger than Bruxa's, and their increasing need for prey makes them both more aggressive in their hunts and more interested in the world of the living. As a result, Strigoi's are often well-known figures among humans, with estates and businesses catering to the underside of the economy. Strigoi's use many allies and thralls, and there may be many of them in a nest, their shared interests and hungers leading them to unite in their corruption of the surrounding society.

Like Nosferatu, Strigoi's have started to gain the attention of the Great Old Monsters, and it is not unheard of for much more powerful Vampires to take umbrage at the destruction of a Strigoi nest.

Optional Treasure Rules: Roll on the following table once per encounter (NOT per creature). Any items discovered are in addition to the normal treasure for the encounter.

| WeakAgainst = Vampires take 10 points of non-resistable energy damage any time they end their turn in a square subject to daylight. This applies once per round in combat, or ten times per minute outside of combat. This weakness does NOT increase or decrease the damage a vampire takes from specific undead-damaging effects and attacks

| Ability-1-Description = A Vampire's gaze is powerfully, dangerously, soporific. If a Vampire is allowed to gaze on a victim without interruption, they will be driven into a nightmare-ridden sleep, or simply knocked unconscious by the force of the fiend's will.

Once per round, as a swift action, Vampires may pour their charismatic essence into their piercing gaze and attempt to lull a mortal creature within 100 feet into sleep. The Vampire chooses a target to which it has line of sight and line of effect and forces them to roll a Will save versus a DC of . If they fail the save they are Asleep until they are awakened. If they make the save, they are Drowsy until the end of their next round and take points of non-lethal Psychic damage.

| Ability-2-Description = Once per round, if a Vampire makes a successful Bite attack against a foe which already is suffering from a Bleed condition, they may cause a Spray of Blood to erupt from the space of the victim as a free action. This is a fifteen foot cone (a 3x3 square) which must be adjacent to the space of the victim. Enemies of the Vampire which are in the area of effect take of physical slashing damage and suffer from the Blind condition until the end of the encounter. Victims may make a Fortitude save against a DC of to reduce the damage by half and negate the Blind condition.

| Ability-3-Description = Once per round as a standard action, a Vampire may pour its hunger for life into an ear-shredding vampire's hiss. This affects targets in a fifteen foot cone adjacent to the Vampire's space. All enemy creatures in the area of effect take points of sonic damage, and may make a Fort save for half damage. If used to attack an object (such as a mirror), the Vampire may make one Sunder on a single object in the area of affect using its Maneuver Offense of .

| Ability-4-Description = Once per round as a swift action, a Vampire may cause a flickering, shifting skein of shadows to surround themselves or one ally within fifty feet. The creature affected by Cloak of Shadows gains partial concealment, IE, a twenty percent miss chance. Cloak of Shadows lasts until the beginning of the Vampires next turn.

| Ability-5-Description = Vampires cannot be killed by normal means. If a Vampire is reduced below zero hitpoints, it will lie in moldering ruin until the next night. It will then rise with a single hitpoint and go hunting to feed. To destroy a Vampire, you must kill it and expose it to sunlight the next day. Alternatively, you can place a stake through the heart of a Vampire and it will not be destroyed, but it will not rise as long as the stake remains. Lastly, if you decapitate a Vampire or burn it's body completely, it will not rise in that case either.

| CombatTactics = As a result of their widely varied personalities, Vampires can and do have many different styles of combat. Strigoi lack the ability to summon swarms of bats, so unless they have an ally who can do such things for them, Strigoi move quickly and decisively into combat, targeting any spellcasters or ranged attackers first and often with their Mesmerizing Gaze.

Strigoi dive right in and go to full attacks, fighting alongside any Thralls, sure the thralls will work their hearts out to protect them as much as possible. In almost all cases, Strigoi wil fight in pairs, looking for one to inflict a Bleed so the other can use their nasty Spray of Blood ability. Similarly, in a melee, Strigoi will seek to target clusters of enemies, looking to hurt and Blind as many as possible.

Some of the Strigoi will use Mesmerizing Gaze every round, and some will use Cloak of Shadows, but they will be clever about it, mesmerizing high damage spellcasters and ranged attackers, while then forcing them to combat cast if at all possible. Strigoi in high-risk situations will get Cloaked, so the miss chance has a chance to save them.

If there are Thralls around, and the Vampire does not feel threatened, they may use their Cloak of Shadows on the thrall. More likely, if a fellow vampire is in peril, they will Cloak each other.

Vampires are well aware of the power of their inflicted bleeds to stunt the healing effects of divine casters, and will be sure to hit as many people as possible with their bites, both for the Bleed effects and to enable Spray of Blood. If they see that their foes are countering their Bleeds quickly, they will shift to using Vampire's Hiss on clusters of foes, and try to overlap them to take enemies down.

Once a fight begins vampires want to win, quickly and easily. If a fight turns nasty, they will usually run away without hesitation, abandoning any Thralls without a second thought. To flee, Vampires will usually use their considerable flight to break around a corner and then evade into the heavens.

NOTE: It should go without saying that Vampires, due to their weakness to daylight, avoid the sun like death. Vampires are indeed creatures of the night.

| OutOfCombat = Strigoi are ridden by The Hunger, and can sometimes seem like addicts looking for their next victim. They tend to like Thralls, and will keep plenty around to feed their growing ego. Strigoi are also frequently recruited by stronger Vampires, the real monsters, and are often doing errands and favors for such mysterious beings, in addition to their own byzantine plottings.

Needless to say, wiping out a nest of Strigoi is likely to attract attention, both good and ill, from stronger vampires. if a band of heroes has arisen that can exterminate a Strigoi, then that is both a threat, and an opportunity. Raising a Strigoi from a commoner can take centuries, but a strong-enough mortal can be made into a Strigoi, or even mightier Dweller in the Darkness, in a night's work.

That is a prize worth considering. Wiping out a nest of Strigoi might get you targeted for extermination...or placed on the menu.