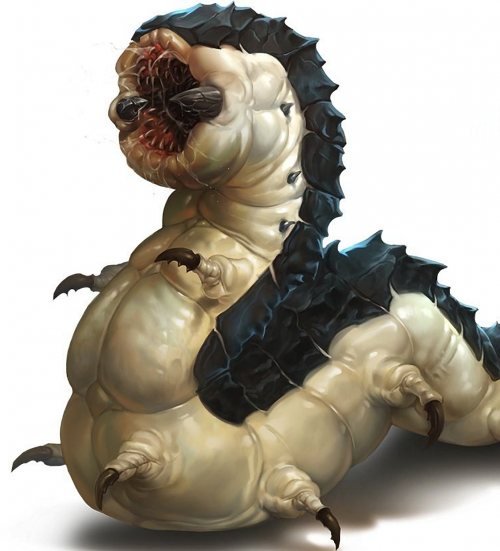 The Bestiary is intended as a GM resource! For the 'purest' gaming experience, players should not read, study, and make obsessive notes on the monsters listed here, and especially, should not memorize all the special powers, back story, and other details.

But come on, we know we ALL do it, at least a little.

Now, if you do decide to take a peek into the bestiary, this opens up discussions about role play, metagaming, and fog of war. In a nutshell, it is generally considered 'poor form' to act on information you got from peeking while at the gaming table. Now, once you have fought some monsters, and especially after you've made some lore checks, yes, you are usually allowed to look at the monster entries. You should ask the GM first, and don't be too surprised if the writeup doesn't exactly match the bad guys you just fought. The GM can and should change as much or as little as they want to make things fun, and Epic Path offers many mechanisms to allow GM's to do exactly that.

So, even if you've read all of these entries, don't think you have a handle on all the bad guys out there! Be wary, fight hard, and play fair, and everything will work out right in the end.