What is a Fantastic Race? 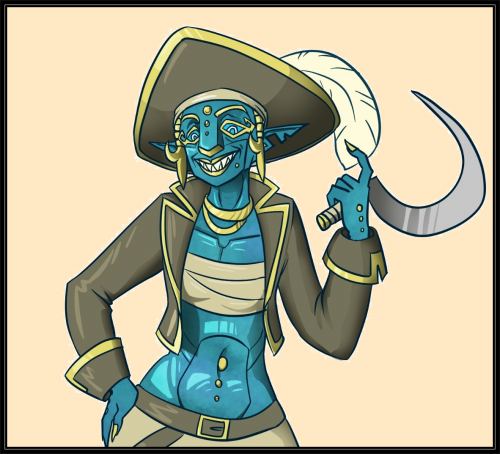 If Epic Path is your first foray into Table-top Roleplaying Games, you might be a bit confused about all these weird 'races' that are listed here.

What is this all about? Aren't there enough races of humans to keep players happy?

In a nutshell, if you look back through hundreds of years of mythology and story-telling, the answer is 'No'.

Fantastic races have been a staple of myths and fables for many hundreds of years, and probably for thousands of years before that, all over the world. Everywhere that one person told a fantastic tale to another person, that tale often involved some fantastical creature from a fantastical race. It's like humans universally enjoy the fantastic, all over!

References to Elves and Dwarves, Huldras and Gnomes and Fairies, Kappa and Nymphs, and many dozens if not hundreds more, have been a staple of mythology and story-telling for many centuries before Epic Path came around.

Sometimes it's nice to 'try something new', and as part of that, we have striven to make every fantastic race feel and play differently. A classic Human is going to play differently than a Sylph, even though both of those races are quite comparable and tons of fun. In Epic Path, there is no 'best race', there are merely, 'different and cool' races. Even more importantly, every race can be used to play equally well with any character class. There is no need to always be a Dwarf if you want to play the toughest Fighter. A Gnome Fighter can be as tough-as-nails as anybody else in these rules!

So the races are here to honor the age-old traditions of fantastic story-telling, and to give players the ability to play something cool and different, no matter how many times you've played a table-top RPG, whether that's a thousand sessions, or if this is your very first game.

In Epic Path, all of the races are considered Humanoids, but they are then divided up into five racial subtypes:

The first subtype is 'Primary'. Sometimes referred to as the 'Old Races' or 'Ancient Races', these are the species of intelligent, civilized humanoids that have been around the longest.

The second subtype is 'Beast'. These are generally more recent species which have arisen over time. There are the same number of Beast Races as Primary Races, for 'reasons'.

The third subtype is 'Spiritual'. These races seem tied to the land by their blood, or their ancestors were shaped by their relationship with powerful divine spirits.

The fourth subtype is 'Elemental'. These beings are tied to earth, air, fire, or water, and perhaps derive their bloodlines from the elemental planes, somehow.

The fifth subtype is 'Outsider'. Sometimes also referred to as 'Sports', these races were created (or perhaps subverted) by influences from distant, dark planes of existence.

We encourage everyone to read as many or as few of these races as they want, see if there is anything that appeals to your personal interests.

Then, pick the race you think is cool, or even just pick something at random and see how you like it. We promise, every combination is different, and interesting, and fun.

After all, fun is the whole point, isn't it?

So get out there and play!