What is a Character Class? 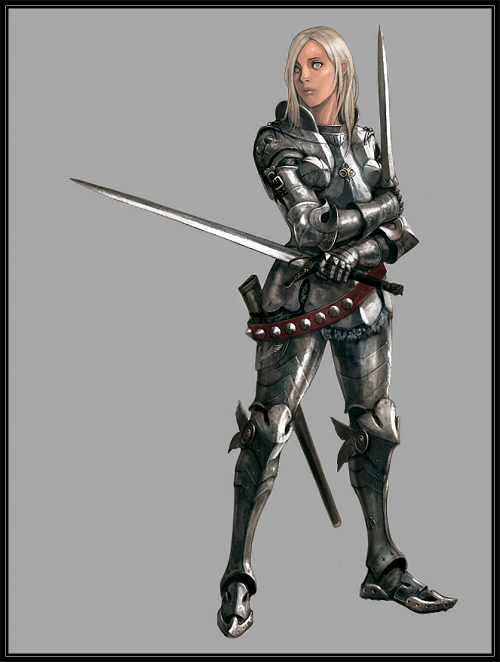 In the fantasy genre, beginning with ancient mythological tales retold for centuries around campfires, to modern storytelling retold through electronic storefronts, most stories, if not ALL stories, are about a hero. Books are often about a single hero, the main protagonist, that is, the person who Does Stuff that carries the story along. As a result of their often singular status, protagonists literally can have any skill or ability the author of their story wants them to have, and this can be supported by the internal logic of the tale being spun. To put it mildly, many protagonists are very capable.

However, this free-form, loosely defined way of doing things (while incredibly fun) isn't a very good way of running a shared game. If you are playing with your friends, you ALL want to be very capable, and also stand out in your own unique ways.

Therefore, in a role-playing game, not everybody is allowed to do everything. And that is what character classes are for. Epic Path has over a dozen character classes, and every single one of them, from the simplest to the most complex, is able to be built and played in dozens of unique and interesting ways. BUT, and here's the rub, each of them is distinctly different from the others. A fighter can be strong and powerful, but they will be strong in a very different way than a wizard will be strong. A paladin wields amazing power granted to them by their faith, while a prowler can dance through a battlefield with a deadly grace. A rogue is tricky and sneaky, while an alchemist is constantly pushing the boundaries of what their crazy "science" can do to make them more dangerous. Each character class brings its own style of play to the table, and each feels like a big damned hero to play, but none of them can truly shine until they have support from at least another character or two to help them.

What this means is that a character class is a set of in-game powers and abilities that are thematically and mechanically tied together, but feels distinctly different from the play style of any other class.

To make this even more fun, in Epic Path we have worked very hard to make each individual character class re-playable. In other words, there's not one kind of fighter; there are four predefined fighting techniques, and fighters are even allowed to define their own custom techniques if they want. Barbarians have four different miens, which each play and feel differently. Alchemists must pick and choose grand discoveries. Wizards have seven different schools, etc.

And if that still isn't enough diversity, we have rules for playing more than one character class with the same character!

So, while choosing your character class essentially means that you are not the singular protagonist in an epic novel, and thus able to perform every task needed to make the story go, it DOES mean that you will be a hero from the first session you play, and with the help of your friends, you can all do truly amazing things.

So, pick your class wisely, and get out there and play!!