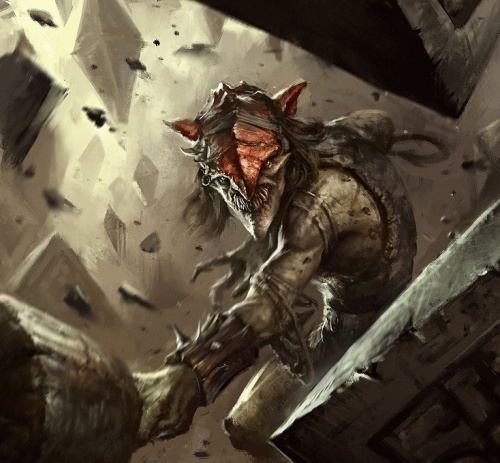 During a combat, and often, even during a skill challenge with the GM's permission, you are allowed to make skill rolls instead of boring old Attack Rolls, right in the middle of the fight. These skill rolls are called Maneuver Offense rolls, and they allow you to do all kinds of crazy, exciting, and interesting things during a fight, that do all sorts of fun and interesting things to the bad guys, and they can even do damage to those bad guys, so that you can be as cinematic as you want, and still win fights.

Heck, if you take the right feats, you can do a LOT of damage with combat maneuvers. Indeed, if you are playing a Class that has three or four attacks in a Full Attack action, you will frequently discover that those last attacks are really tough to land...the normal boring way. But Combat Maneuvers made with your last attack have the exact same chance to-hit as ones made with your best attack. So trading away your last, or second-last, normal attack for a fun, fancy combat maneuver is often a way to be MORE effective in a battle, while getting rid of bland boredom at the same time. So if you want to be as acrobatic as the most exciting fight scenes in books, comics, and movies, you absolutely can, and should!

Note that Combat Maneuvers are NOT Attack Rolls! Combat Maneuvers are Skill Rolls, which is why they may be made without suffering the -5, -10, or -15 penalty assessed to some Attack Rolls in Combat. As a result, Combat maneuvers cannot be used to apply abilities, powers, spell effects, class features, etc that require an attack roll. Examples include applying poisons, sneak attack, a paladin's Smite, precision damage dice, laying a fighter's Challenge, and many others besides.

If you have natural or class-based non-weapon attacks (e.g. Brawler or Monk), you may roll just the dice you would normally roll for an attack you are allowed to make during an attack of opportunity at your current class level for that class, not including any adders (such as enhancement bonuses, STR modifiers, feats, spell effects, precision damage, bonus damage, etc).